Sobriety and Wrestling: A Place To Belong

Sobriety and Wrestling: A Place To Belong 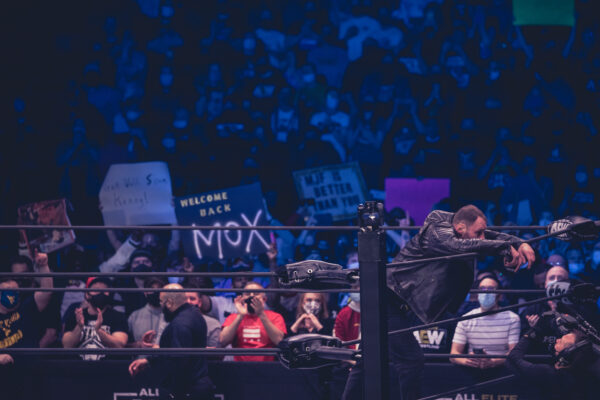 All Elite Wrestling fans warmly welcome back Jon Moxley, celebrating his courage to grapple with addiction. (Photo by JayLee Media)

SIX YEARS AGO, I decided to stop drinking and using drugs.

I spent 15 years (half of my life) wasting any and all potential I had on numbing my emotions and stuffing my pain. Addiction stole everything from me: education, careers, family, friends, freedom, and my future. June 10, 2016—a little over two months after my 30th birthday—I decided I’d had enough loss for one lifetime, and started to rebuild from the bottom up by sobering up.

In the following two years, I still experienced many setbacks. I was selfish and self-centered. And focusing solely on myself created a hole so big I didn’t feel like I could ask anyone for help. The storm kept raging, but, somehow, I kept sober. In AA, they tell you as long as you have your sobriety, anything is possible. 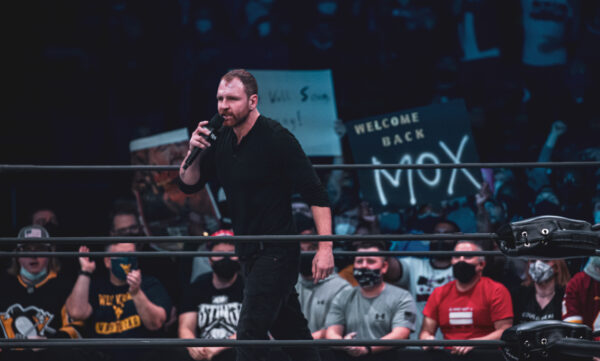 Jon Moxley addresses AEW fans in his first appearance after working to get clean and sober. (Photo by JayLee Media)

In August 2018, after spending two years of sobriety completely miserable, I decided I had to be honest with myself and everyone else—even if I didn’t think they needed the truth—and the end result was beautiful. I recouped everything I had lost, plus more. I was starting to see the sun behind the clouds. Working a 12-step program while also being miserably sober was not what I wanted out of life … I needed more.

Around the same time I was getting my act together, I started writing for various wrestling websites. I only became a wrestling fan in 2014, through my family’s insistence. And, ultimately, I only started writing about wrestling after being recruited by a friend. But, with my background in sports journalism, I felt at ease writing about the athletes who put their bodies on the line every day for our entertainment—especially the female wrestlers, who, from day one, had obviously been treated as “less than.”

As you can imagine, almost every addict has a story about “not fitting in,” and I am no different. I’ve never felt like I belonged anywhere; always on the outside looking in at what addicts call “normies”—people who have never felt the cold draft of addiction, the demon on their shoulder waiting for one false move. However, throughout the past four years or so of writing wrestling news and opinion, I have found myself more and more at home among the fans, media members, and wrestlers.

Creating lifelong friendships, a solid support system, a strong circle of friends, mentorships, and even a romantic relationship, I found a place where I felt like I could be myself and let my guard down; something I hadn’t done in years. In every social sphere, you’ll find hate and toxicity. But I found my crowd.

Still, I had trouble reconciling who I was in the past and the struggles I was facing in the present with those around me. I had told a few friends close to me about who I was back then—most of whom were not able to picture that version of Kristen—and everyone was kind and understanding. But I still felt like I was on the outside, looking in at those who had not experienced the hardships I had.

Most of these friends were either always sober, never had an addiction problem, or couldn’t understand the concept. These were friends, but they couldn’t relate. Most people can’t relate, and it’s never been a prerequisite for new friendships. Still, something was missing: representation and complete understanding.

The more I watched shows, covered news, and began to personally interact with wrestlers, the more I realized that sobriety was not a new concept in wrestling. In prior generations of wrestling, addiction was so prevalent it killed off countless bright and talented athletes. It cut short so many promising futures. And those who it didn’t kill still struggled with life-long illnesses … a reality I was always one relapse away from.

The wrestlers of today saw that pain, and many didn’t need to learn the hard way to stay clean. Those I related to most, however, were those who, like me, had to go through hell to see the light.

William Regal, a man so many in wrestling fight to call their mentor, wrote the autobiography Walking a Golden Mile, which details his own struggles with alcoholism, describing experience that so closely related to mine that it was like reading my own story.

Eddie Kingston has publicly said in interviews and during promos that he had to fight away his own demons, which threatened to take away his freedom. Man, did those revelations ring true to my own life!

Nick Gage has been to hell and back, including prison. I have my own history of jail time. Seeing how beloved Gage is, how his strength is celebrated, gave me strength.

In Jon Moxley’s autobiography, Mox, the reigning AEW World champion also detailed a family history that looked familiar. And, without even having to say it, I knew he was a kindred spirit. Last November, Moxley checked himself into rehab for alcoholism.

The public nature of that struggle, the positive reaction from fans, coworkers, and Tony Khan, and the triumphant return gave me hope. I had hope that not only was I not weird or different, but that there was hope for me to stay sober and make something of myself.

If Regal, Kingston, Gage, and Moxley could do it, couldn’t I? Couldn’t I stay sober and do great things?

And they weren’t the only ones, were they? Kylie Rae, Saraya, Dustin Rhodes, Shawn Michaels, Alicia Fox: all incredibly public with their struggles, all having the ability to inspire me to do more.

Ran into the former Alicia Fox at breakfast at ⁦@TPCSawgrass⁩ here in Jax area.

It’s hard to be this vulnerable when writing for a very historic publication. Every wound opened both inspires others and draws ire. But writing this has also opened a flood of emotion that I so clearly needed to feel. Healing starts with honesty. Those brutally honest wrestlers have taught me that.

It took a long journey of searching and scratching before I found a place I called home. Six years after getting sober, I still often struggle with fitting in and finding like-minded people outside of an AA meeting. Wrestling, though, gave me that home. Those who share their struggles and celebrate their victories have given me hope and strength that I didn’t think would ever come from a sport.

Today is a huge milestone for me. I have 14 yrs clean and sober from drugs and alcohol.

Believe me when I say this for those who are struggling. YOU CANNOT DO IT ALONE. Seek help and #KeepSteppin 🤘🏼

This is my thank-you letter to every person I have encountered during my career in wrestling who has been kind, understanding, and supportive. More than that, it’s a letter of sincere gratitude to every wrestler who has had the strength to tell their story. Your truths have given me a place to stay when I feel cold and alone.

I laugh as I write this last paragraph, because I know that if this was hand-written, it would be illegible from the sheer amount of tears I’ve spilled writing this. I’m so lucky to have stumbled onto wrestling. I’m so lucky to know where I belong.